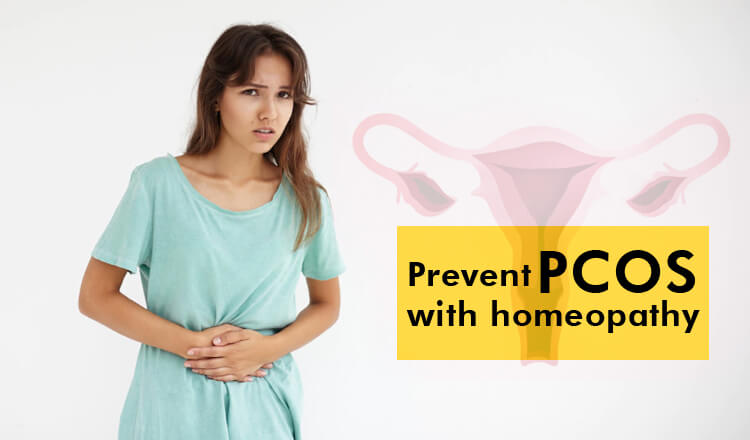 Polycystic ovarian syndrome (PCOS) is indeed a disorder in which female ovaries generate an inordinate quantity of androgens, men’s sex characteristics that are normally present in modest levels in women. The word polycystic ovarian syndrome refers to the many tiny tumours (fluid-filled sacs) which grow within those ovaries. Yet, several women having this disease do not produce cysts, while others do.

In rare situations, a woman may not produce too much of the hormones required for ovulation. Whenever ovulation does not occur, the ovaries might generate a large number of tiny cysts. Those cysts produce androgens, which are hormones. Women experiencing PCOS frequently have elevated amounts of androgens. It can exacerbate a woman’s menstruation cycle difficulties. It can also induce several of the signs associated with Polycystic ovarian syndrome.

Medication is frequently used to control PCOS. This does not cure PCOS, however it does assist to lessen symptoms and avoid some health issues.

Must read: Fistula and Fissure

Why is weight gain caused by polycystic ovarian syndrome?

Most women will have to deal with weight gaining at some time in their lives. However, for women suffering from polycystic ovarian syndrome (PCOS), reducing weight could be a continual battle.

PCOS is by far the most prevalent hormonal illness among women of reproductive age, and this can cause fertility problems. Women with PCOS have greater amounts of masculine hormones and become less responsive to insulin, often known as “insulin resistance.” Many people are either overweight as well as obese. As a consequence, such women are more likely to develop diabetes, cardiovascular disease, sleep disruption, as well as uterine cancer.

If you already have PCOS, some lifestyle adjustments may help you lose weight and lessen the severity of the illness.

PCOS impairs the body’s ability to utilise the chemical insulin, which typically aids in the conversion of carbohydrates as well as starches from meals into energy. Insulin plus glucose pile up within human bloodstream during this condition known as insulin resistance.

Increased insulin levels stimulate the development of androgens, which are masculine hormones. Facial hair growth, pimples, irregular periods, plus weight gain are all indications of excessive androgen levels. Since male hormones stimulate weight gain, this usually occurs in the belly. Men usually carry more weight in this area. As a result, rather than possessing a pear form, women experiencing PCOS get an apple shape.

The most hazardous type of fat would be abdominal fat. This is because this is linked to a higher chance of cardiovascular disease as well as various health problems.

Must read: Back Pain and Homeopathic Approach

Although the actual reason of PCOS has been unknown, there appear to be links with personal history as well as genetics; chemicals that are elevated throughout our development throughout the womb prior birth; plus lifestyle as well as environment.

Because no one gene has already been identified as the basis of Polycystic ovarian syndrome, this relationship is considered to be complicated and involve numerous genes. Women experiencing PCOS seem to be 50 percent more prone to possess a female nearer relatives having PCOS, such as a mother, auntie, sister, as well as daughter. Type Two diabetes is very prevalent in PCOS family.

Many symptoms and indications of PCOS are caused by an imbalance within the system of adult hormones insulin plus androgens (male kind hormones such like testosterone).

How to prevent PCOS?

Changes in lifestyle may also assist patients with PCOS control their disease. According to research, mixing a Polycystic ovarian syndrome eating plan with physical exercise can result in the mentioned benefits:

Behavioral techniques have also been shown in research to assist women accomplish weight management objectives, which in turn helps control PCOS symptoms. Among these practises are:

The following are the most prevalent PCOS symptoms:

Periods that are irregular:

Irregular periods or just not having any period whatsoever are examples of abnormal menstruation. Excessive bleeding throughout periods is also possible.

Hair growth that is abnormal:

Excessive facial hair as well as excessive hair development on the hands, chest, and belly (hirsutism). Approximately 70 percent of Polycystic ovarian syndrome women are affected by this.

Pimples can be caused by PCOS, particularly around the back, breast, as well as face. Such pimples may persist throughout adolescence and be hard to treat.

Tiny pockets of liquid inside the ovaries are common among women with Polycystic ovary syndrome.

After a checkup, your health professional may usually diagnose PCOS. They might request blood tests or perhaps ultrasonography to aid in the diagnosis.

Must read: Treat sciatica with homeopathy

Your medical professional will:

How to treat PCOS with homeopathy?

Every woman may suffer various PCOS symptoms and homoeopathy analyses the entirety of symptoms. As a result, the homoeopathic approach to the PCOD problem has been tailored therapy. That seems to be, you will receive the most appropriate medication for you.

According to research, homoeopathic medication has excellent outcomes in people with PCOS. Another study was carried out to investigate the effectiveness rate of homoeopathy in the treatment of PCOS. That research included 132 ladies from various areas of India. Those women ranged in age from 14 through 35. During the conclusion of the case, 91 of individuals were entirely cured, 23 were remained under monitoring because they have been showing symptoms of recovery, 14 were uncooperative since they were under a rush to conceive, and 4 were unable to be cured because they lacked hormones or even had genetic anomalies.