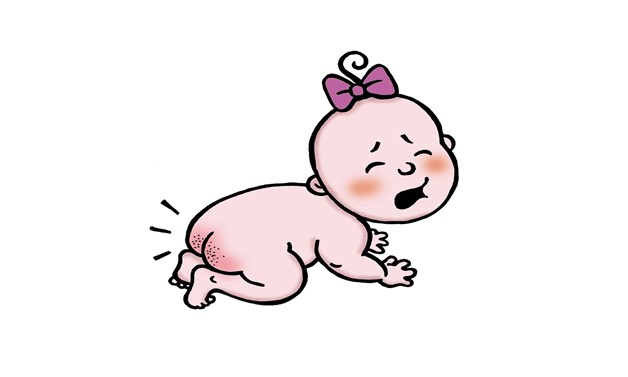 Nappy rash (diaper rash) is a very common skin condition in children under 2. It’s caused by the skin coming into contact with urine (wee) and faeces (poo) in the nappy. Mild cases are usually painless but severe nappy rash can cause discomfort and distress to babies.

Also, starting new foods can change the content and frequency of a baby’s poop, which can sometimes lead to a nappy rash (Diaper rash). And diarrhea can make an existing case of diaper rash worse.

Nappy rash that lasts for more than a few days, even with changes to the diapering routine, might be caused by a yeast called Candida albicans.

What are the signs of nappy rash?

Is homeopathy effective for nappy rash?

What are the best homeopathic medicines for nappy rash?

These 4 are well-indicated medicines for nappy rash.

None of the medicines mentioned including services, at homeoclinicbydrnanda.com should be used with clearance from your physician or healthcare provider. We do not claim to cure any disease which is considered ‘incurable’ on the basis of scientific facts by modern medicine. The website’s content is not a substitute for direct, personal, professional medical care and diagnosis.