Food Intolerance Test- what you need to know - Homeoclinic
Edit

Food Intolerance Test- what you need to know

Food Intolerance Test- what you need to know 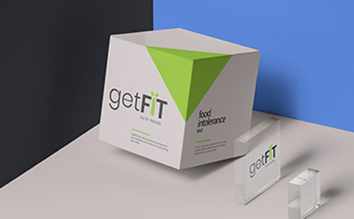 Sometimes certain foods can make you feel unwell, regardless if they’re healthy or not. They may trigger any number of food sensitivity symptoms, such as headaches, digestive issues, joint pain or skin problems. It can be tricky to figure out which foods are the culprits, as food sensitivity reactions are often delayed by a few hours or longer after eating the foods. To help identify potentially problematic foods, some health practitioners offer food sensitivity tests. Here’s a closer look at what food sensitivities are and the best tests to identify them.

Three different terms are commonly used for adverse reactions to foods: food allergy, food sensitivity and food intolerance. Yet, not everyone defines these terms the same way. The term food allergy is best reserved for potentially life-threatening food reactions that involve immunoglobulin E (IgE) antibodies of your immune system. These are “true” food allergies. In contrast, food sensitivities and food intolerances generally are not life-threatening but may make you feel bad.

The gold standard for identifying food sensitivities is an elimination diet followed by an “oral challenge” of eating the eliminated foods one by one after a period of avoidance to determine your reaction — ideally without you knowing what’s being tested.If you don’t follow an elimination diet before the oral challenge for food sensitivities, your symptoms in response to consuming a food antigen may be masked or hard to detect. When you stop eating a problem food, you may have temporary withdrawal symptoms. You might have to follow an elimination diet for about two weeks before these symptoms clear up and you’re ready to start testing foods in an oral challenge.

Following an elimination diet requires dedication and commitment, as well as careful record-keeping. You must know the ingredients of everything you eat, which makes eating out difficult. The foods you avoid in an elimination diet vary. Some practitioners may only have you eliminate foods suspected to be a problem, such as dairy and wheat products. Others may have you eliminate all but a few foods for a short period, such as two weeks, and then slowly reintroduce them. To reduce the guesswork as to which foods are problematic, some practitioners first give you a food sensitivity test to help guide your elimination diet. Importantly, you should never attempt to reintroduce food on your own if you have a true allergy. If you suspect you may have outgrown a food allergy, discuss appropriate testing with your allergist.

Recommended reading: Children and the Immunity

Cell-based tests for food sensitivities began with the cytotoxic test popularized in the 1950s. This test was banned by several states in 1985 due to problems with its accuracy. Since then, immunologists have improved and automated the testing technology. Two cell-based blood tests available are MRT and ALCAT. Though some practitioners have reported that they find these tests useful, published studies on the tests are limited.

The MRT requires a blood sample, typically drawn from a vein in your arm and collected using a kit from the company that has a patent on the test. If your white blood cells “shrink” when exposed to a food antigen in the MRT test, it causes a change in the solids (white blood cells) to liquid (plasma) ratio of your blood sample, which is measured to determine your reactivity to the food . When your white cells shrink upon exposure to a food antigen, it suggests they’ve released chemical mediators, such as histamine and leukotrienes, that could provoke symptoms in your body.

The diet based on your MRT results is called LEAP (Lifestyle Eating and Performance) and is directed by health practitioners, such as dietitians, trained in the test and its interpretation. A small study presented at an American College of Gastroenterology conference found that people with irritable bowel syndrome (IBS) who followed an elimination diet based on MRT results for at least one month reported a 67% improvement in gut issues, such as diarrhea. However, there was no control group in this study, nor has it been published in full. Furthermore, PubMed, a large database that indexes published medical studies, lists no studies on the MRT test.

The ALCAT test is the predecessor of the MRT test, but many healthcare practitioners and labs still offer it. To assess what foods may be provoking a reaction for you, it only measures changes in the sizes of your white blood cells (rather than changes in the solids to liquid ratio) when exposed to individual food antigens, which may decrease accuracy.When people with IBS followed a diet based on their ALCAT test results for four weeks, they reported twice the reduction in certain IBS symptoms, such as abdominal pain and bloating, compared to people following a placebo diet However, those who followed ALCAT-based diets didn’t rate their IBS relief as being adequate or significantly improving their quality of life during the study.

Still, many scientists advise people not to use IgG food sensitivity tests, saying that IgG antibodies against foods may simply show that you’ve been exposed to the foods, or in some cases, they may be protecting against food allergy reactions (15Trusted Source, 16Trusted Source). However, other scientists say it’s not normal for someone to have high levels of IgG antibodies against foods. Another concern is that individual labs that do IgG tests develop their own in-house techniques. Many have poor reproducibility, meaning that if the same blood sample were analyzed twice, it might show very different results. It’s recommended that you only use an IgG test if it evaluates your blood sample twice with each antigen in side-by-side duplicate testing to minimize errors in your results. Blood spot testing is a variation of the traditional IgG testing that requires a phlebotomist to draw blood from a vein in your arm. Instead, it uses a small blood sample from your finger that’s collected on a special test card. It’s unknown if this method is reliable.

Food sensitivity tests come with several caveats. The biggest one is that the tests are not designed for use in diagnosing true food allergies. If you have a diagnosed allergy to a food, such as peanuts, you should continue to avoid that food, regardless of your results on a food sensitivity test. If you’re considering using these tests to identify food sensitivities, realize that they aren’t viewed as proven, so insurance companies may provide little or no coverage for them. Many of the tests cost several hundred dollars Additionally, to verify accuracy, the results of any food sensitivity test should be cross-checked with what happens in your body when you eat the food.

One possible reason for discrepancies is that most labs doing food sensitivity tests primarily use food extracts from raw foods. However, when food is cooked or processed, new antigens may be created, and existing antigens may be destroyed. The purity of each food extract (antigen) used by some labs also varies, which can skew your results. Also note that food sensitivities can shift over time based on what you’ve been eating. A test taken six months or a year ago may no longer reflect your current state of reactivity to specific foods. Following outdated or inaccurate food sensitivity test results could lead to unnecessary dietary restrictions, potential nutrient deficiencies and decreased quality of life. Lastly, scientists and health practitioners have more to learn about food sensitivities. Testing and treatment will continue to evolve with ongoing analysis.

An elimination diet followed by methodically trying eliminated foods one by one after a period of avoidance is the best way to identify food sensitivities. Lab tests, such as MRT, ALCAT and IgG antibody tests, all have limitations and their accuracy may vary by lab. Yet, they may help reduce the guesswork. Still, these tests haven’t been compared against each other in controlled, published studies, so it’s uncertain whether one test is better than another. If you suspect you’re having adverse reactions to foods, start by consulting your doctor, who may refer you to a gastroenterologist, allergy doctor or another practitioner to guide you